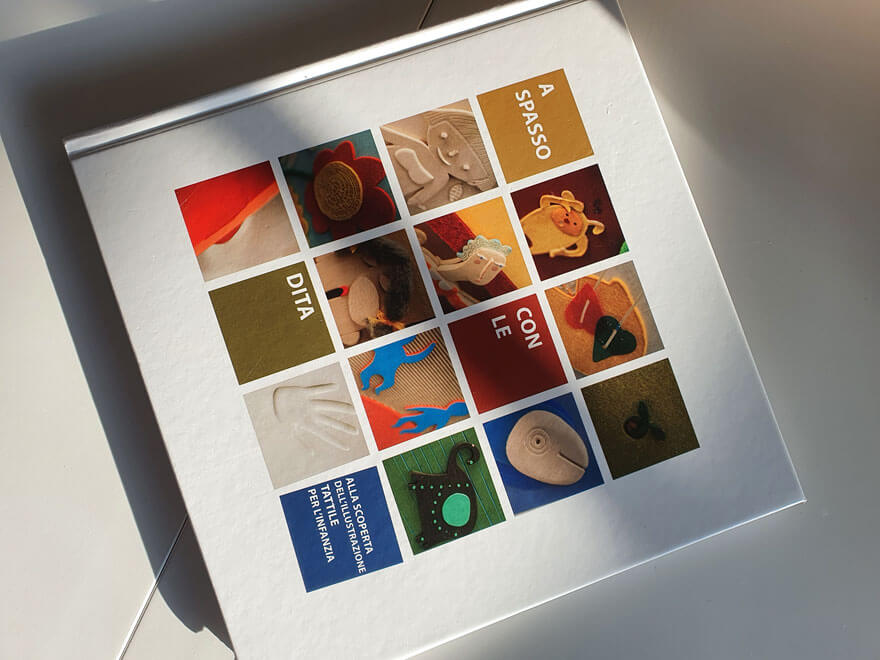 Walking with the finger

Walking with the finger

“A spasso con le dita” (Walking with the finger) is a project of the Federazione Nazionale delle Istituzioni Pro Ciechi Onlus (National Federation of Institutions for the Blind), which started with the aim of disseminating and making known illustrated tactile books and then continued with other initiatives, including the travelling exhibition of tactile tables that bears the same name as the project.

In this "child-friendly" exhibition, accessible to all, it is possible to look at, but above all touch, twenty works conceived and created by twenty artists and illustrators, who have been asked to interpret a word chosen from "Le parole che sono importanti - piccolo vocabolario della solidarietà", a publication containing 100 "words of solidarity" chosen by journalists, writers and cultural figures.

In 2020, the collection of tactile tables was enriched with five new works and we are very proud that one of them is ours! Many of the words on the list struck us, but in the end we chose to interpret the word "Care", suggested by the writer Nicola Gardini, because it is the one closest to our way of feeling, being and also designing.

Objects function well if you 'take care' of them; and when things - or people! - work well, it is possible that, as in a kind of chain reaction, everything around them also works better. As if to say that by taking care of not only one object, but also of a space or a building, many others will also benefit.

This image made us think of gears: if they are no longer used, they become rusty and eventually get stuck. But with a little care they can work again. Just one small drop of healing oil and the machine starts up again, producing dreams, joy and love in such large quantities that there is something for everyone. As with all our projects, we couldn't fail to include the interactive part of the game, so the gears can really be manipulated and made to turn: we hope that the 'manoeuvrators' can then take with them and spread a little of this philosophy, learned through play.

The exhibition, complete with the new works, was supposed to start in February 2020 for a tour throughout Italy, touching more than twenty cities from south to north: unfortunately the Covid got in the way, blocking the event after only three stops. At the moment it is not yet possible to know when it will resume, but we hope it will be soon... and it will be, even here, thanks to the "cure" we are all waiting for. 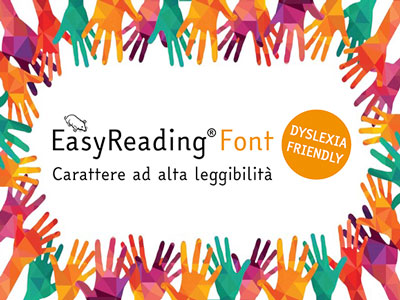 EASYREADING, A FONT FOR ALL

For the graphics of our new website, we have chosen to use the EasyReading® font. It is a typeface that is... 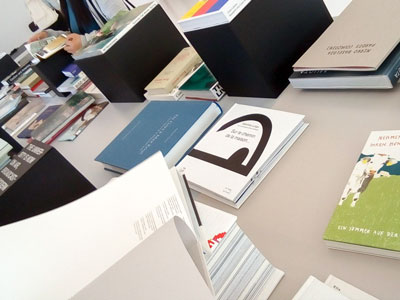 THE MOST BEAUTIFUL SWISS BOOKS 2018

A competition organised by the Federal Office for Culture of the Swiss...

A competition organised by the Federal Office for Culture of the Swiss open to book designers, publishing houses... 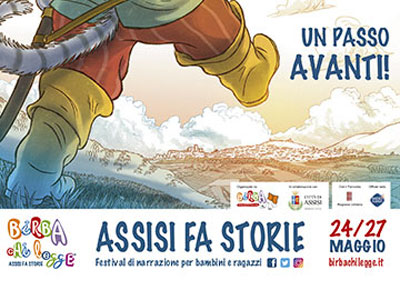 This interesting festival features a rich calendar of readings, meetings, workshops and showsthat will further enrich...